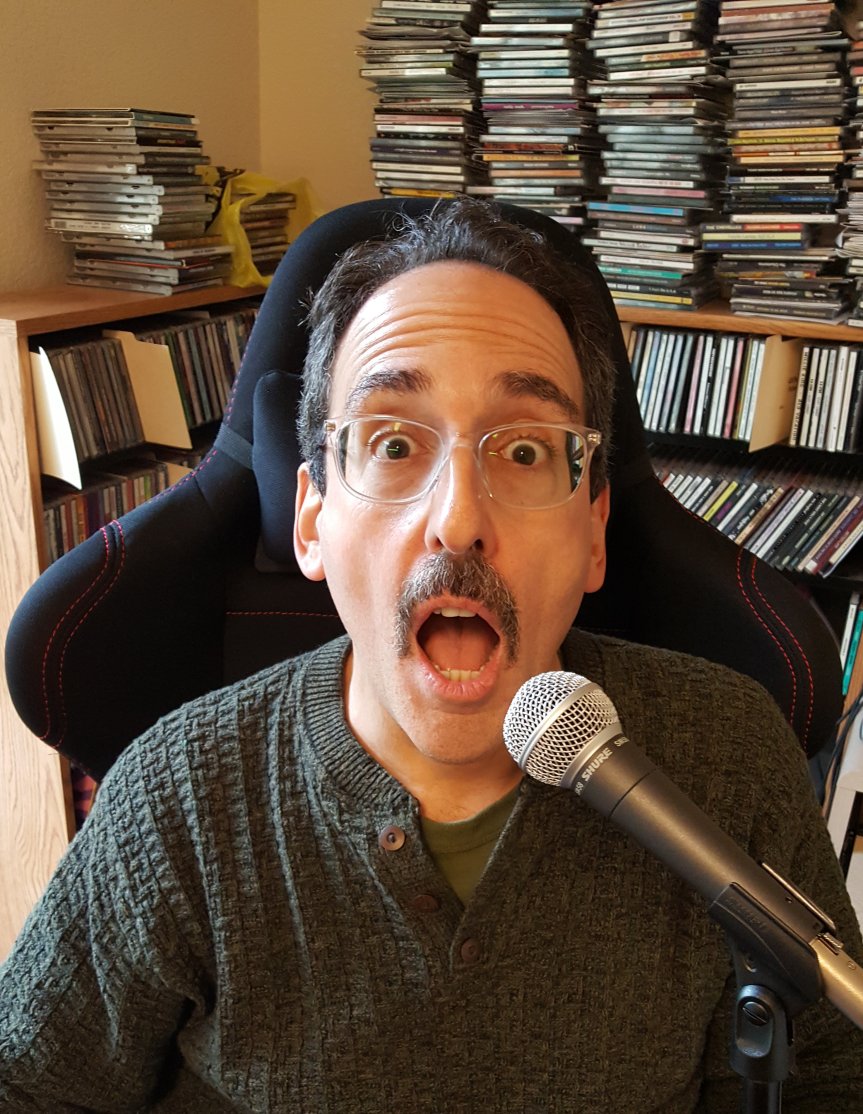 Did you see that number up above? Show #40? Wow, can you believe that Gidget and Boris (and really, everybody else at Woody) have let me get this far? Why, just take a look at tonight’s shenanigans, and draw your own conclusions.

Immediately out of the gate, we did a trainwreck segue, featuring three artists who definitely don’t appear on playlists together: The The, Cracker, and Arlo Guthrie. But man, it’s gotta be fun to be The Imperial Sound, following Mr. Guthrie, while sounding nothing like him.

Later on, three(!) different cover versions of Robyn Hitchcock’s “I Wanna Destroy You”, one right after the other. And look at which bands these are: Sparklejet frontman Victor Sotelo, Uncle Tupelo, and The Walker Brigade–as different as could be, and yet, united in their reverence for this still-timely song.

And later still, The Who and Taj Mahal together, and a Merle Haggard sandwich–“Hag”, surrounded by The Orange Peels and Dara Ackerman.

So do me a favor–listen to the show, and you’ll hear this music mix madness I’m talking about. But please, whatever you do, don’t let the management at Woody Radio know what I’m doing when they turn over the airwaves to me! Let’s just let this be our little secret.

There is one thing that shouldn’t be a secret. Woody Radio has created a chance for you to help out some kids in need, this holiday season. A bunch of indie artists have donated some seasonal songs to our brand new charitable project, A Very Woody Xmas. These are the kind of Christmas songs that meet Gidget’s and my rigorous standards for coolness. We wouldn’t put them up there unless they rock–and they do. The charity is ASNCI, an organization in Northwest Indiana which provides resources and support to kids with autism, and their families. So we asked a few artists if they’d consider letting us use some of their music for this good cause. And the thing snowballed (pun intended), other artists caught wind of this, and asked if they could donate songs. Seriously–these good-natured musicians all wanted to help raise a bit of money for the kids. So if you go to our Bandcamp page, and purchase any of this music, the proceeds go directly to ASNCI, and help the kids: https://woodyradio.bandcamp.com/releases. If you buy just one song, that’s one more dollar that can help somebody.

Anyway, thanks for your consideration. Enjoy this week’s show: